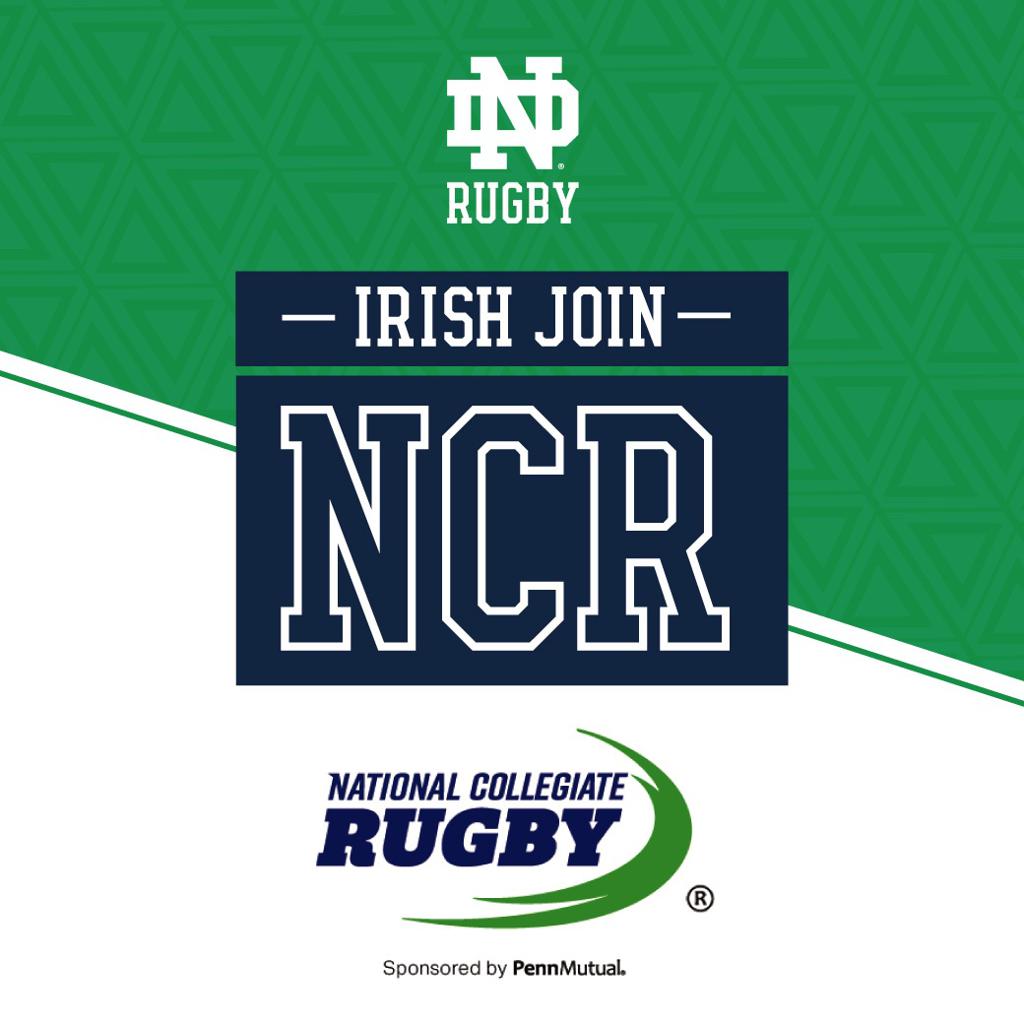 Notre Dame, IN – The University of Notre Dame is set to join National Collegiate Rugby (NCR) beginning with the fall 2021 15s season when the program expects to return to competition.

The University of Notre Dame Fighting Irish rugby team last took the field on March 1, 2020 in Los Angeles, CA where the team finished 4th place in the Los Angeles Invitational, a promising start to the 2020 spring 7s season that was ultimately cut short due to the pandemic. That competition was over 450 days ago, and being 7s, with a limited traveling rosters, the full squad last pulled on a Notre Dame rugby jersey on November 22, 2019, a 15s match vs. Boston College, a further 3 months prior.

Much has changed in the world since then and for collegiate rugby in America. In an ever changing landscape, NCR took full advantage of the opportunity presented in the pause from the global health crisis. The NCR is the largest collegiate rugby organization in the country with over 600 college teams (including women’s programs) and over 15,000 male and female student-athletes. Over the last year, the organization actively engaged prospective and existing members, outlined plans for the future and solicited feedback from college rugby stakeholders.

“Ever since the Varsity Cup dissolved in 2017, we’ve been in search of the right competitive home for our program,” stated Justin Hickey, who serves as the Director of Rugby and the Men’s Head Coach at Notre Dame. Since 2017, the team had competed as independent members of USA Rugby before joining D1A.

“It was clear for some time that we needed to find the right fit for our team, a competition that satisfied our preferred seasonal format, provided a meaningful post-season experience for both 15s & 7s, and most importantly aligned with the values of our program and the institution,” exclaimed Hickey.

“Jeremy Treece, who currently serves as the CEO of NCR, reached out to me shortly after we joined D1A and shared his vision for National Collegiate Rugby and invited Notre Dame to join at that time,” said Hickey. “The timing just wasn’t right. But now, to see everything he expressed then that is now coming to fruition, it really speaks volumes for the work that he and his team at NCR have done, and we couldn’t be more excited about joining such a well led, professional organization.”

“We are very happy that the University of Notre Dame is choosing NCR for it’s competitive national governing body,” stated Jeremy Treece. “Notre Dame is one of the top universities in the country, both academically and athletically, and the rugby program led by Justin Hickey is among the best Division 1 programs in the U.S. We look forward to serving their student-athletes and offering them the best experience we can going forward.”

Notre Dame kicks off the 2021 fall 15s campaign in September which will conclude with the NCR post-season in December. The schedule is anticipated to be announced in the upcoming weeks.