NCR and Penn Mutual understand the importance of recognizing students-athletes who set themselves apart as leaders. The Student-Leader of the Month Program allows clubs to share success stories that demonstrate how rugby is more than just ’80 minutes of playing a game on a patch of grass’. The sport of rugby is an important part of developing young adults into tomorrow’s leaders.

As part of our Leadership Development Program, NCR developed the Student-Leader of the Month recognition program to recognize student-athletes who go above and beyond in both leadership and community service efforts.

Nominate a deserving Student-Leader for the 2020/2021 season

NCR would like to congratulate Ally Borak (Youngstown State University) on being selected as the Penn Mutual Small College Student-Leader of the Month for February 2021!

Youngstown State University is in the Women's Open Division and a part of the Allegheny Women's Rugby Conference with NCR.

Ally’s teammate who nominated her, Carly Weiss says that, “Ally stepped up to be our president last spring and had to undergo so many bumps in the road since then. She has shown leadership skills to our whole team. Whether it is organizing workouts for morning conditioning, managing fundraisers for us, or communicating with our school to schedule practice times for us to have a spot to practice."

"She helped keep our team together during the tough workouts we did to place #2 in our virtual competition last season." 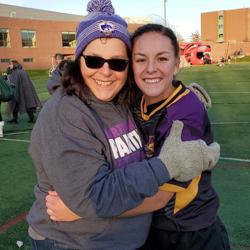 NCR would like to congratulate Maggie Lynn Kleyer (Northern Iowa University) on being selected as the Penn Mutual Small College Student-Leader of the Month for January 2021!

Maggie’s coach who nominated her, Meghan Flanigan says that, “Maggie has been a power house from the very beginning. She has fallen in love with the process of becoming a phenomenal rugby player both off and on the field. She has been a team captain for 3 seasons now and the newbies look up to her. Maggie worked for Camp Adventure for a summer in Hawaii, helping kids who live on Military bases and is also a big advocate for women’s rights. She has been on the team board for 3 years helping make the team more successful year in and year out. Maggie has done a fantastic job in creating a great relationship with the University and securing funds every year. She thrives in the classroom and has maintained a 3.5 GPA average all while playing rugby and working.”

Maggie’s dream is to play for rugby the USA National Team and Coach Flanigan says “I have no doubt that she will achieve that dream. Her work ethic is out of this world as she spends hours every day, on her own, working on her skills and fitness.”  She says, “My proudest moment as a coach was when Maggie received the “Teammate of the Year” through the Concussion Legacy Foundation for the 2018-2019 season. She helped her teammate after she became concussed in a rugby match. Maggie stopped play and got the referee’s attention to allow time for her teammate to get off the field in time.”

Maggie has spent some time researching about Chronic Traumatic Encephalopathy (CTE), the effects of head injuries and how to prevent them. She passes down her knowledge to the players it’s because of her that they have been successful in changing their concussion culture at UNI.

Coach Flanigan is proud to be her coach and proud of the empowering woman Maggie has become throughout the past 4 years. 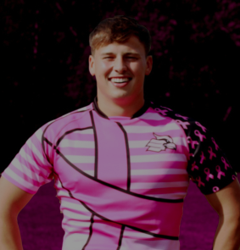 NCR would like to congratulate Brian Gannon (Wheeling University) on being selected as the Penn Mutual Small College Student-Leader of the Month for December 2020!

Brian’s teammate who nominated him, Mike Geibel says that, “Brian is one of the strongest leaders I’ve seen in a collegiate player. Through the university’s financial exigency in 2018, Brian stuck with the program. Brian was so invested in the program that he requested to sit on the hiring committee that eventually hired me. He helped lead the team last year, despite not being a senior, leading the team in scoring during our covid-shortened season. When we traveled to Nashville for the Mooseman 7s the week after the devastating tornado, Brian helped me to coordinate a cleanup effort for a family who lost everything in the storm. During the spring quarantine, he was instrumental in helping recruit and plan for the season. He spoke with recruits through social media, and this year has personally met and given tours to every on-campus visit we’ve had since reopening. He’s also the first to volunteer to drive the freshmen to Walmart or anywhere else they need to go off campus. He leads through example on the pitch and in the weight room, leading workouts in addition to our scheduled team activities and has taken the freshmen under his wing. Every Saturday morning, Brian leads a team workout even when I give them the day off. On campus, he leads through the Student Athlete Advisory Council and is one of the team leads in his nursing program. He has volunteered during his clinicals to serve in the Emergency Room and ICU wards.” 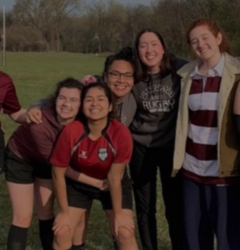 NCR would like to congratulate Jocelyn Pérez (University of Chicago) on being selected as the Penn Mutual Small College Student-Leader of the Month for November 2020!

Jocelyn’s teammate who nominated her, Julia Gerdin says that, “Jocelyn Pérez is co-captain of our University of Chicago Womem’s Rugby team. In addition to balancing rigorous academic coursework and her home life where she is responsible for taking care of her mother and sister, Jocelyn is an incredible captain and team leader. She is organized and efficient as a captain, but more importantly she genuinely cares about the sport and all of our players, taking the time to help rookies understand concepts and sending out emails of appreciation.”

Gerdin also says, “You might think going virtual would stop her enthusiasm, but she is just as/if not more active, keeping up with captain tasks, social media challenges, and fitness tasks while encouraging and motivating us to join her. Her love for the sport seeps through all her interactions as she constantly encourages everyone from strangers to classmates to join the Rugby team. Not only that, but she is also a star player on the team and essential in her role as a hooker. In fact, last season she was voted Most Valuable Player. ” 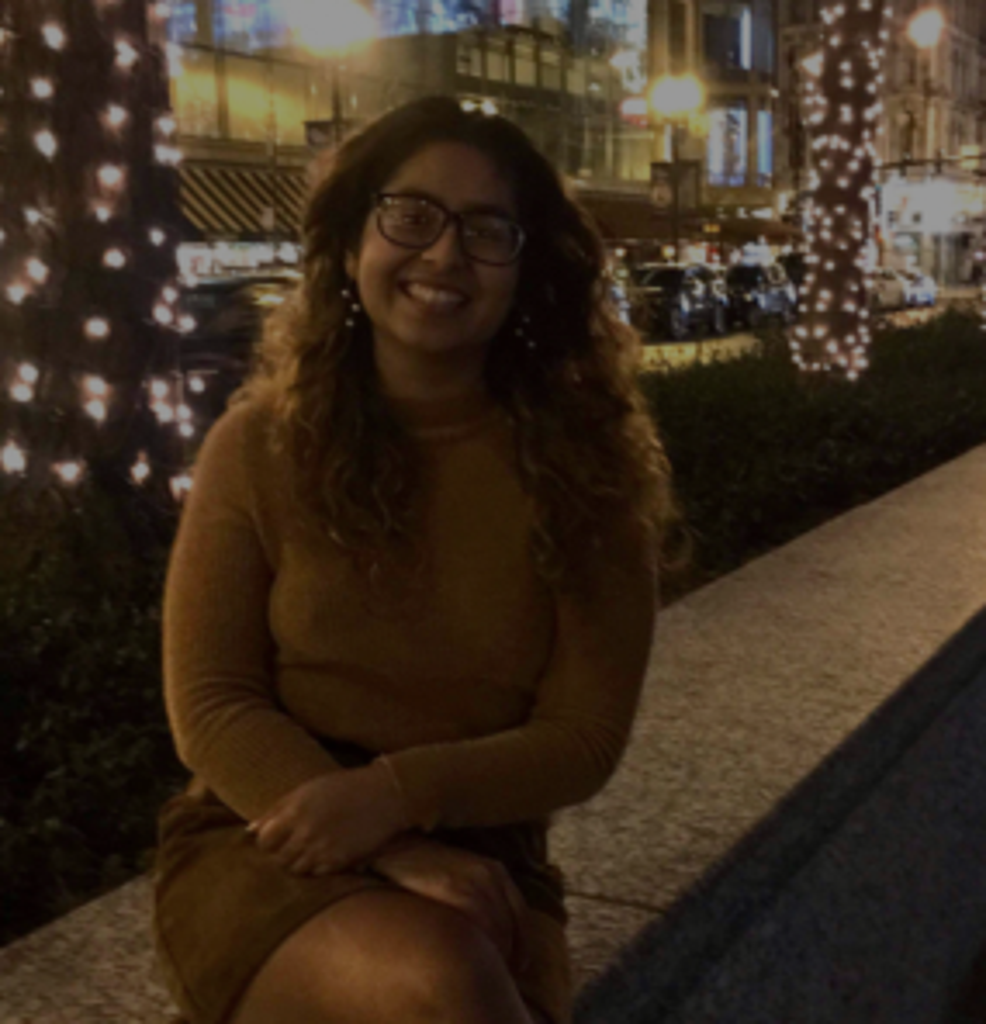